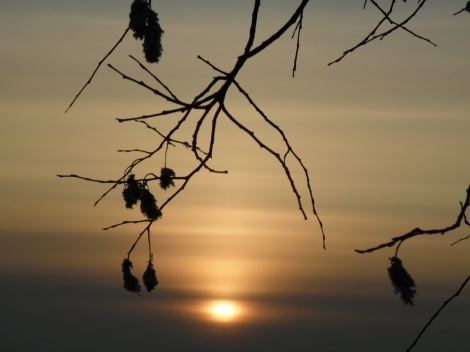 So I find myself contemplating this week.  Christmas is over, a new Year has dawned and we made it through the Mayan Apocalypse, so what now?

On Twitter and Facebook I find lot of people, like me all feeling rather blue from the grey skies and long winter months ahead.  I can’t move fast, I have no energy and I have nothing to focus my attentions upon.

Its like this every year of course.  You have so much build up to Christmas you hardly notice the nights getting darker and the trees going bare.  If the weathers isn’t extreme you hardly take much notice of that either.  The news is full of doom and gloom and the the credit card statement has just arrived…so you make lots of exciting plans to loose weight, get fitter and generally be a much nicer person but already work is busy, you missed the gym and the rest of the Christmas chocolates need eating up so it all feels rather gloomy for some, me included.

So I was thinking, does it have to be depressing?  Does January and February have to be one long continuous grey fest?  Is there anything positive about the  next two months I can find among the negativity?  So I started a list, and asked about on-line to see if anyone else could come up with good reasons:

Birthdays/Anniversaries and other celebrations don’t count for this one.  These things are good in themselves.

So it’s not a huge list but there are more things than I expected to see which means January and February aren’t going to be all that bad after all.

The other great thing about January is the ‘new start’ syndrome.  I love lists and making new plans, although January, by it’s very place in the calendar is quite possibly the worst place to start so I tend to just start something new as and when the need takes me but no-one (even me) can resist starting a little something new or different in January.

I’ve read loads of positive affirming blog posts and websites this week which are good to take a look at if you’re not getting enough positive vibes from the people immediately around you.  People that want to help you stick to your goals in life, people who know how hard it is to stick to goals, people who won’t take no for an answer, and people who just want to give simplifying habits to try alternative ways of looking at your life.

I don’t think there is any wrong or right advice to make the winter months feel better than just plain old dull but it is important to not waste the time.

That’s the very reason I’m starting my jogging again with the C25K.  Last time I got to week four (of nine) and gave up.  My ambition is to crack the 5 k and make a 10k race this yr, so I’m starting from week one to build up my stamina again, along with completing 100 push ups, 100 sit ups and 100 squats.  Last time those three took me five months, and I only got to 56 sit ups!

Why start again?  Because I know all of them are achievable, they fit easily into my routine and so such become habits meaning I stay fitter for longer.

Now I’ve written my new goals, I insist that you have to hold me accountable to it!

4 responses to “Not Giving into the Winter Blues”