The nights are drawing in, the wind is whipping up outside and the temperatures are dropping along with the leaves outside.  It feel very much like autumn is biting our heels at the moment.  Regardless of the weather though, the self sufficient garden continues to keep me very busy.

The Lady Di beans on their last legs

Autumn leaves on the fruit bushes

Rhubarb patch with cherry tree in back ground

I got panicky a couple of weeks ago when it suddenly occurred to me that by not planning my beds properly I hadn’t got any winter veg to plant.  Twice over I’d sown cabbage and swede seeds, in pots, to then have them munched viciously by slugs.  By the first week of September I was hunting online to find all plants were well passed delivery date, and that went for the Christmas potatoes too.

I didn’t give up though and managed to find one local garden centre still selling both potato and brassica plants.  They are now in their respective beds.  I’m not sure if they will take.  I’ve put the potatoes in grow bags this time so I can put them into the grow house once the frosts begin – well, that’s if the slugs don’t eat the remaining green shoots on the potatoes!

As an extra experiment I did manage to buy a set of seed potatoes online which looked a little poorly when they dropped through my door but I say heck why not, lets just plant them and see what happens.  Again, the bed they are planted in will need extra fleece covering probably by the end of next month.

The runner beans are on their last legs so will be taken up soon but the harvests have been great – not wonderful because the beds just aren’t deep enough to accommodate the roots so next year will be even better once I get the bed levels up with compost.

Since last month I lost battle with the cabbages and the caterpillars so I never actually got to have any purple sprouting broccoli as they just got over-run.  I just had to admit defeat and pull the plants up ready to try again.  It’s actually been quite useful – maybe brasicas aren’t the best veggies to grow in such limited space.  Maybe I might be best looking for easier crops to grow?

I harvested all the garlic and rest of the potatoes last week.  The garlic did better than I realised and some of the bulbs were really quite big.  The potatoes also did really well – the last remaining harvest weighed in at 7kg and that was qtr of the bed used.

Two little cucumbers are still growing in here as are all the tomatoes.  The aubergine plants keep flowering but aren’t getting the necessary cross pollination to get to the next step.  It’s odd because I figured with all the bees, wasps, hover-flies and butterflies that entered the grow house that the aubergines would do well but seems not although the flowers they produce are very pretty.

The fruit bushes are slowly turning colour before the leaves start to drop.  They really are quite beautiful in their own way but the fruit is over in this section for this yr at least.

I experimented by growing a couple of runner bean plants in a pot.  These have taken really well with the two plants providing approx. 50 beans.

No update since last month.  I still need to train the apple tree but both that and the plum seem to be growing really well.

The bird feeding area has been cleaned and re-filled ready for the colder days and nights.  The raspberry canes, and their new growth are beginning to look a little less vigorous now.  I’m holding back pruning this years fruiting canes until next weekend when we’re officially in autumn.

The self-sufficient front garden is now officially in operation, with one bed housing swede plants and the final 6th bed now in place ready to be filled with compost.  It’s take a whole year of the boss sawing, hammering and measuring to get all six beds in but now both gardens part of the self-sufficiency plan!

The rest of the rest of the front garden is doing well. I noticed at the end of last month, while we had a heat wave, it was a real task to get all the front and back watered in less than an hour due to the sheer amount of plants.  I’m hoping next year not so much watering will be required once the trees and hedge plants are established.

7 responses to “Self Sufficiency Update – September” 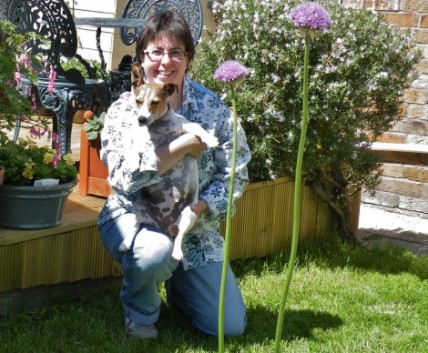